Mr. Garland has defended serious accusations in Federal and State courts since 1981. He has been board certified by The Florida Bar in criminal trial law since 1989. He commonly appears in federal courts for the United States District Court for the Southern District of Florida and in State trial courts along the Treasure Coast, Palm Beach and Brevard Counties. He handles all criminal matters as well as related matters such as forfeitures, violations of probation, domestic violence, injunctions, and expungements.

All persons appearing in these courts should expect to receive equal justice under law. Whether innocent, falsely accused or guilty, each person is entitled to the protections of the United States Constitution and the Florida Constitution, These basic rights include the right to jury trial, presumption of innocence, right to remain silent, confrontation, due process and right to keep and bear firearms. Fort Pierce criminal lawyer Jeffrey Garland works tirelessly to see that all criminal protections are faithfully followed in every case.

Criminal defense has changed to reflect new technologies and science. An ordinary federal case may include touch DNA, cell phone extractions, and computer examinations. An ordinary State case may include body camera evidence, firearms examinations, and complex drug and alcohol testing. Mr. Garland is fully up to date and experienced in these types of evidence. Mr. Garland’s knowledge of the evidential use of these technologies and sciences can provide a basis for establishing reasonable doubt or innocence.

Mr. Garland has handled appeals to all Florida District Courts of Appeal, the Florida Supreme Court, the Eleventh Circuit Court of Appeals, and the United States Supreme Court.

The purpose of most appeals is to correct errors of law and erroneous application of facts to law. The purpose of post conviction relief is to correct ineffective assistance of counsel and to apply changes in statutory law and new appellate cases which are deemed to be retroactive. The purpose of clemency and pardons is to obtain discretionary relief from the Florida Cabinet, or the President, to eliminate some or all of the legal consequences of a criminal conviction.

“Highly recommend Fort Pierce criminal lawyer Jeffrey Garland. His knowledge and experience are amazing. He takes great care in the best possible defense of his clients. We would hire him again if ever needed.” 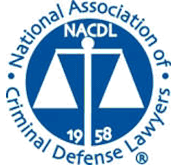 Just before Christmas, 2018 Congress passed, and President Trump, signed into law the First Step Act. This law extended eligibility for “Safety Value” relief from certain mandatory minimum sentences. Other provisions allow for federal gain time, work release and to return prisoners to the community. This law restricts the §924 (c), firearm enhancement for a second conviction, which is charged in the same indictment. Many of these provisions are retroactive. Most of these benefits do not apply to persons convicted of sex, human trafficking, terrorism and §924 (c) convictions.

Effective, July 1, 2019, the Florida Legislature enacted a law permitting the growing of hemp. Chapter 2019-132, Laws of Florida. Hemp is marijuana with a THC level under .3% on a dry weight basis, according to this legislation. Draft rules for the growing and production of hemp are now in the works. Several law enforcement agencies have reported that arrests for small amounts of marijuana won’t be made because of a lack of ability for the lab to test for THC concentrations. Obviously, the State would be required to move beyond a reasonable doubt that the materials has a THC level greater than .3% to obtain a criminal conviction. 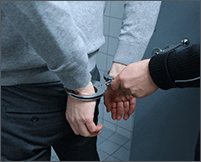 Since 1981, Fort Pierce Criminal Lawyer Jeffrey Garland has focused his practice on criminal defense. He has utilized his knowledge of technical and scientific principles to win cases:

In a Ft. Pierce DUI manslaughter case, the FDLE laboratory found the accused’s blood to be “positive” for marijuana. Mr. Garland exposed the analyst’s error. The analyst had e-mailed another person’s results to a laboratory mail box intended for the accused’s test results. The subsequent internal investigation documented the error and proved that there was no cannabis. 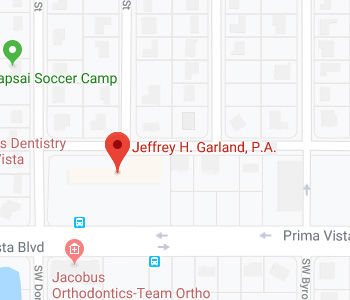